In this land of historic events, Old Goa finds itself home to yet another Portuguese Masterpiece. Se Cathedral Church of Old Goa is one of the oldest and biggest churches to be seen in Asia.It is dedicated to Senta Catarina.

The construction of this magnificent masterpiece began in 1562 and was completed in the year 1619. It was built by the Portuguese, under the famous Portuguese general and statesman; Afonso de Albuquerque, who was considered by the Portuguese, to be somewhat of a military genius.

The Portuguese built the Church as a ‘celebration’ and a mark of ‘authority’ to themselves after they had defeated the Muslim rule in Goa. This victory over the Muslim rule meant that the Portuguese had now captured the beautiful and quaint land of Goa and would now be the sole rulers over here. The conquest occurred on the day of the feast of Saint Catherine, and hence the Se Church was dedicated in honor of her.

The Architecture of Se Cathedral 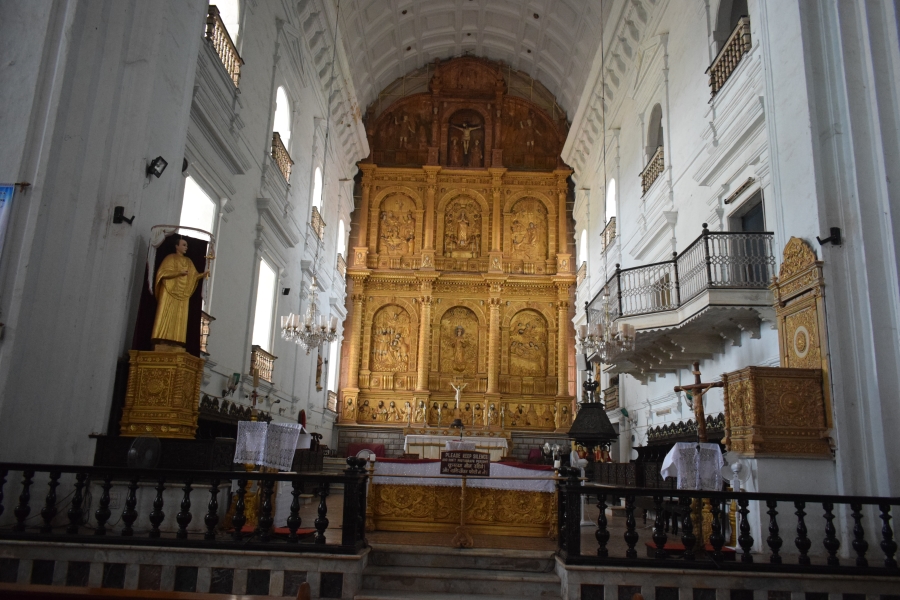 This architectural masterpiece of what is known to be ‘Se Cathedral,’ is declared to be one of the world heritage sites of UNESCO. The architecture itself is one of the reasons why people stand still to catch a breath, as they look on with awe, at this beautiful creation.

Even though the church on the outside looks like an imagination created from a fairytale movie, the inside is even more charming.

Inside the Church, there are several old, well-crafted paintings, one in particular of the chapel carrying the cross of miracles, a place where Christ was said to have appeared in 1619. There are also paintings carved of Saint Catherine on the six panels inside the church on the main Alter of the Cathedral. 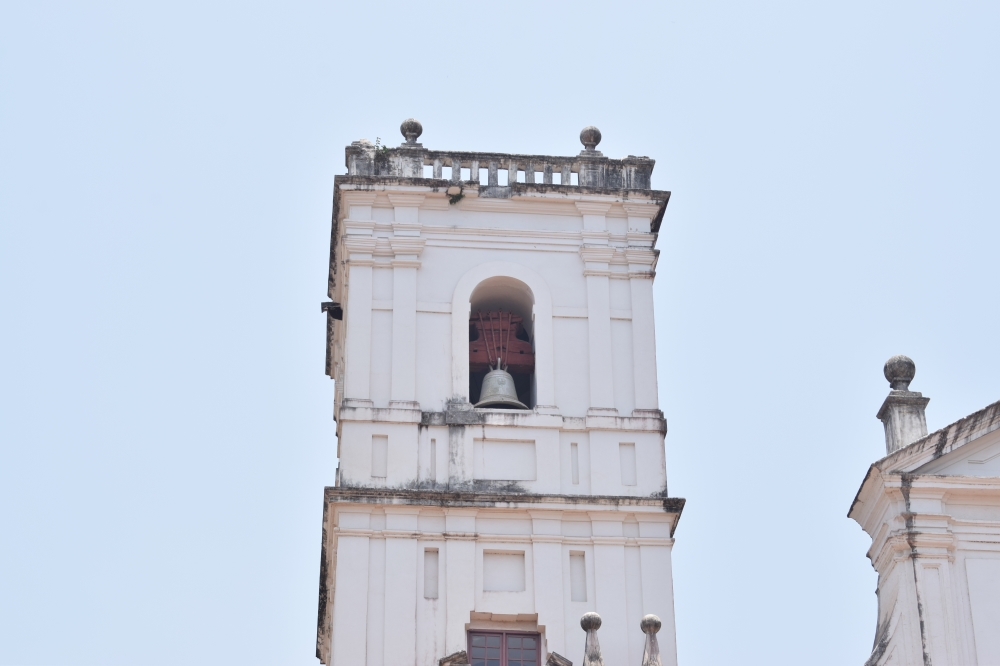 Cathedral is said to also play home to another major element of Old Portuguese Churches; known to be the “Golden Bell.” The Golden bell was the name of the bell given to the Church, as it was considered to be a bell which gave one of the richest of tones. The Golden Bell is proudly titled as the largest bell in Goa, and one of the best the World has seen.

Honored with ‘The Golden Rose”

Another hallmark in the history of the famous Se Cathedral Church of Old Goa is the fact that the Cathedral was honored with ‘The Golden Rose”, a gold ornament which the Popes of the Catholic Church handed over as a token of affection and reverence.

The Golden Rose was blessed and given by reverence and affection to the Church by Venerable Pope Pius XII. This token of affection given by the Venerable Pope was later placed on the Tomb of St. Francis Xavier, ( one of the co-founders of the Society of Jesus).

Cathedral is one of the largest churches in Asia, as mentioned earlier, is about 250 feet long (76m) in length, and about 181 feet in breadth (55m). The height of the Cathedral till the tip of its main pillar is around 115 feet (35m) in height.

The vastness and depth of this ancient and loved Cathedral hold a special place for its eight well-structured chapels. These eight chapels are equally divided, four being on the right, and four being on the left of the church.

The holiness and sheer uniqueness of this magnificent Cathedral is one of the reasons you need to visit the historic land of Old Goa.

This charming place in the corner of Goa will fill you up with a sense of fullness and awe as you take a walk around the Church and discover the extraordinary presence which it has on Goa and the World.

Places to visit near The Church

The Cathedral is surrounded by other spectacular and magnificent Portuguese Architecture and Churches, like the ‘Basilica of Bom Jesus’ and the Church of ‘St. Francis of Assisi’. It is a place where beauty and history come together, uniting as one. Some of the other major attractions in Old Goa include; 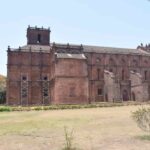 Basilica of Bom Jesus, the ancient, historical Portuguese Church located in ‘Old Goa’, was India’s first known Basilica. This church is loved by the locals as well as the tourists who especially travel to Old Goa to have a look at this famous Basilica. 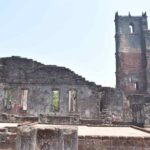 St. Augustine Church Goa, was once the most remarkable Church in Goa, seen standing proudly on the hill of Monte Santo (Holy Hill). 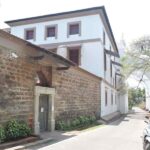 The Museum of Christian Art is situated in the heart of ‘Old Goa’, a place famous for having religious history and crowned with many important religious monuments. 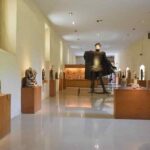 The convent, adjoining the church of St. Francis of Assisi, was converted into a museum and was set up by the Archaeological Survey of India in 1965. 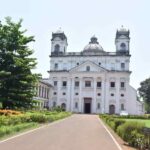 This church of St. Cajetan was said to have modeled the original design of the Basilica of St.Peter in Rome.

The archway into Old Goa, known as the Viceroy’s Arch, was erected by Vasco da Gama’s grandson, ‘Francisco da Gama’, who became viceroy in 1597

The Chapel of St. Catherine

The Chapel of St. Catherine is located in the western side of St. Francis of Assisi Church and is dedicated to St. Catherine. It was built by Alfonso De Albuquerque in 1510 when he defeated the local Muslim ruler Adil Shah.

How to reach Old Goa

For tourists staying in near Calangute and Candolim beach areas, Old Goa is just about 23 to 25 km away. A tourist staying at Panaji will have to travel about 12 km to get to Old Goa. There are tourist buses, as well as local buses that leave daily and hourly making their way to Old Goa from Panjim and other parts of Goa. You can also catch a taxi and enjoy a comfortable drive by the soothing ambiance of Mandovi River as you make your way to destination; Old Goa.

The might of Cathedral awaits your presence. So, do make sure you plan on visiting this one in a lifetime monument, The Church of ‘Se Cathedral’, the next time you visit Goa. 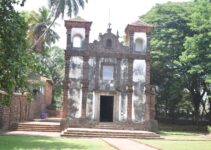 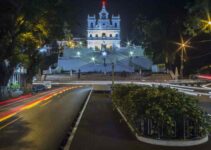 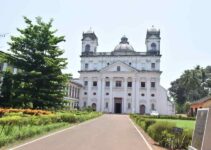